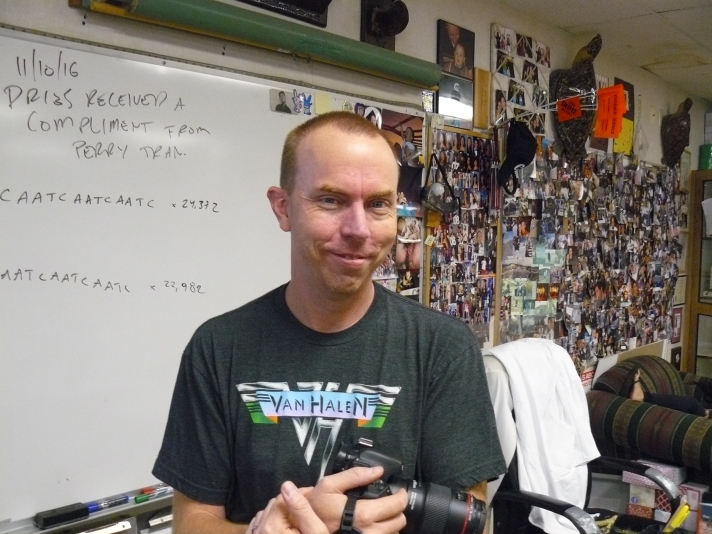 “I want to make people smarter,” responds Mr. Dries when asked why he chose teaching as a profession.  Besides learning new things and annoying others, Mr. Dries enjoys playing video games– such as Fallout 4 and Borderlands—and photography.

Photography is something very important in his life.

”Capturing a moment in time and preserving it forever.  As someone with a terrible memory, it’s heartwarming to review pictures and stroll down memory lane of the events of our lives, big and small.  As a parent, you think you’ll remember every little detail, but you don’t.  Pictures really help relive these moments,” wistfully expresses Mr. Dries.

As a child, Mr. Dries had a normal childhood although he played no sports.

“I suppose chess counts, I was in the high school chess club,” laughs Mr. Dries.

His favorite moment as a “child” is getting his driver’s license.  Now, Mr. Dries spends time with his 8 year old son doing activities such as riding his bike, playing Fallout 4 and playing Star Wars Battle Front on the old Xbox 1.  While doing all these activities, Mr. Dries enjoys slurping up raw oysters.