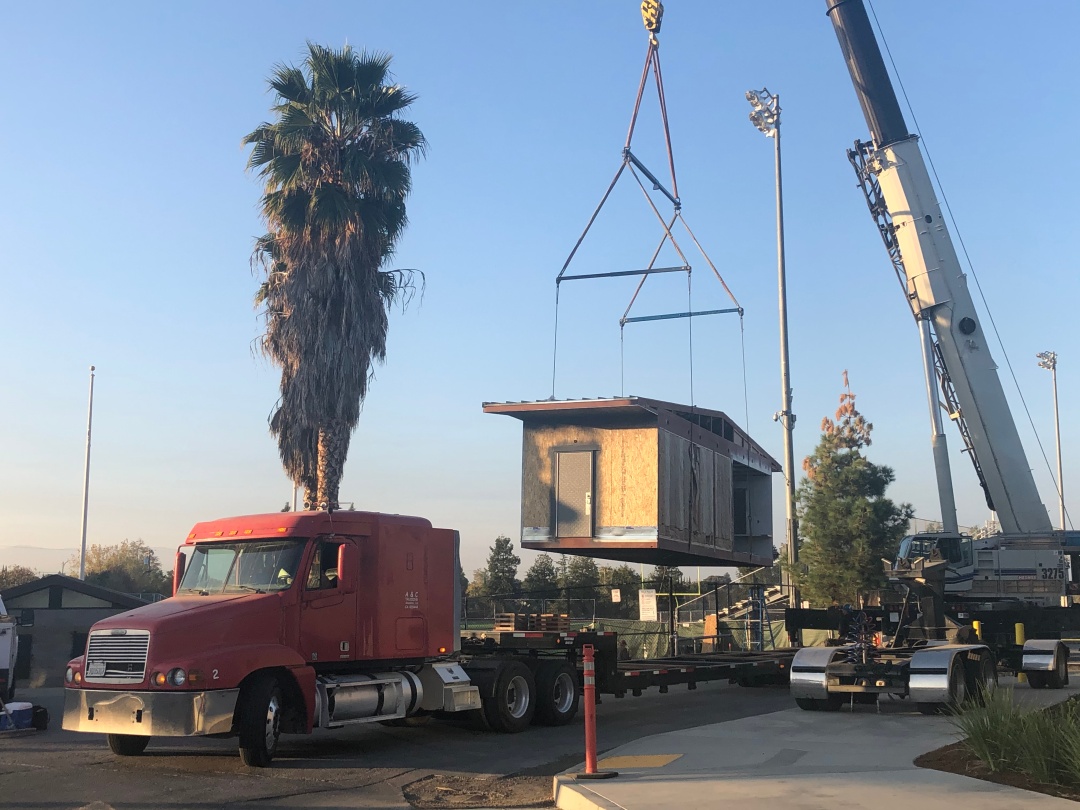 “The district office sent out construction crews during the summer for blueprints, which is the same blueprint as Santa Teresa’s building so they have familiarity of what the design is going to be,” shared Principal Ginny Davis.

The main purpose of the reconstruction is to implement public restrooms into the building, rather than having portable restrooms during sport games. It also served to expand and better the conditions of the previous stand.

“The district has taken its time to assure that mistakes such as not putting in electrical breakers would be avoided in this new construction,” said Mrs. Davis.

However, the construction created two major setbacks. One of these included the concession sales decreasing by almost 25% this year compared to the last few years. It was mainly because of the location and visibility of the concession stand. Another setback was that this year’s temporary concession location was in very close proximity to the portable bathrooms, which may have discouraged people from being in that area.

Nonetheless, the new concession stand proves to be different and better than previous years.

Once construction is complete, the new concession building will be used for other sports. Parent Boosters will be using this stand to sell concessions and Pirate merchandise during sport seasons other than football.